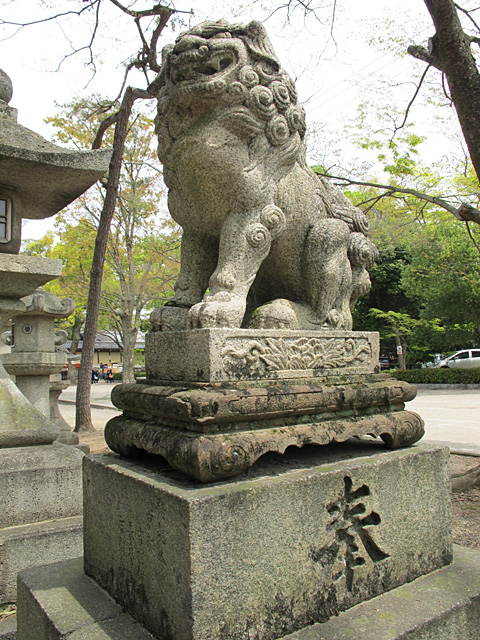 Komainu guardian dogs are usually placed in front of shrines or prayer halls, as amulet statues or ministers of gods. During the Heian Period, however, most komainu statues were set in the prayer hall of Shinto shrines. These komainu were made of wood. After the Kamakura Period, komainu were gradually moved from inside to outside of prayer halls. The material has changed from wood to stone at that time. The place is not same all the time; sometimes, they are set in front of torii gate, and they are also placed along the approach of shrines. Komainu placed in prayer halls are called “Shinden Komainu (prayer hall guardian dog).” When they are set along the approach, they are called “Sando Komainu (approach guardian dog).”

It is said that the oldest komainu statue in Japan is preserved in Todai-ji Temple in Nara Prefecture. These statues are placed in the south gate of the temple. The statues were carved by Chinese artisans who brought Chinese stone to Japan in the early Kamakura Period. The design of this komainu statue is quite popular, and you can see the similar design statues in Kurumazaki shrine, Kyoto. Komainu statues in front of Kiyomizu Temple are also similar design.

What is the roles for Japanese stone lanterns?